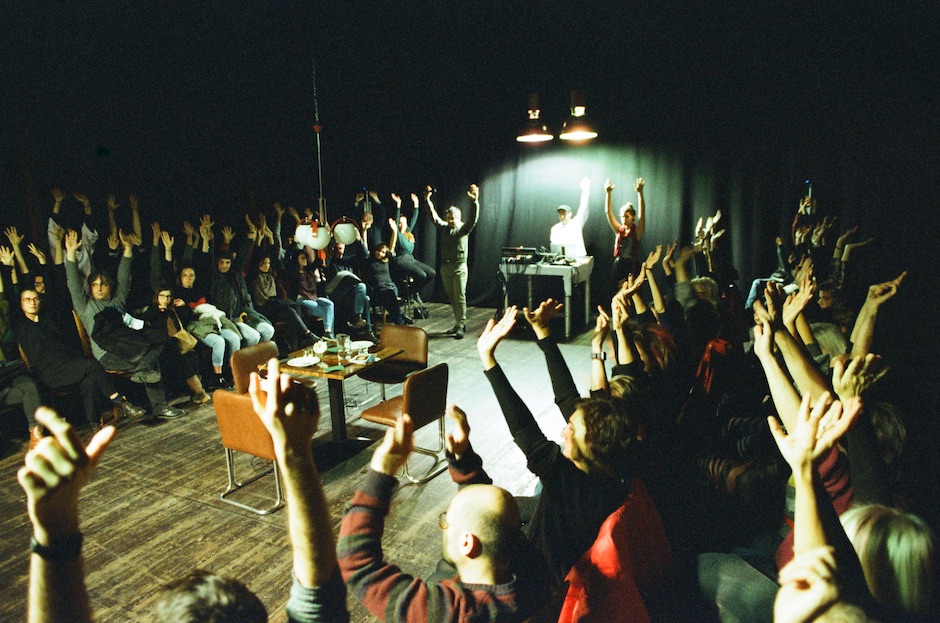 SOLI is a piece which explores the relationship between individual identity and the dimension of work in contemporary society. It is also a reflection on a person’s capacity to make divergent choices in order to improve the living conditions for others.

SOLI plays on the thin border between fiction and reality, strengthening the connection between actors and spectators: forced to make a moral choice, spectators are encouraged to take a stand, bridging the gap between stage and audience.

SOLI delves into the identity of workers, both on stage and in the audience, creating a setting where the audience and characters face each other as if in a political assembly, referencing the interventionist theatre of Erwin Piscator, the Living Theatre’s vision of Pirandello and the first Relational Art works by Maria Lai.

SOLI, elaborating on the idea behind Pensaci, Giacomino! incorporates materials collected by the Ateliersi company in the course of many interviews, assemblies and public meetings on the topic of working conditions. It was this direct engagement with lived experiences which critically influenced their interpretation of the Pirandello story.

SOLI represents the second stage of the process of investigating and rewriting the works of Luigi Pirandello, which was started by Ateliersi in 2017 with In Your Face. This is based on the need to explore the contradictions emerging in human relationships, and their extreme consequences, by projecting the anxieties, the ferocity and the determination of Pirandello onto the contemporary social context. 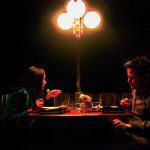 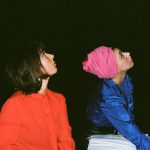 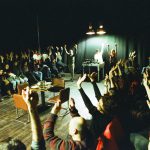 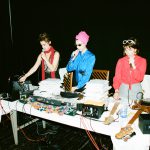 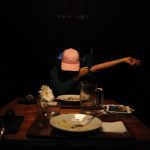 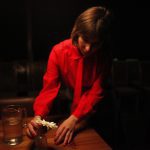 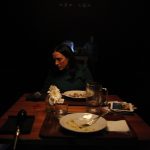