In February 2007, during a stay in Skopje, we met the director of UNHCR (United Nation High Commissioner for Refugees) in the Balkans, who told us about the one and only Rom Municipality in the world, Šuto Orizari.

We decided to visit it. We hardly managed to convince the Macedonian taxi driver, who thought our visit to the Rom district wasn’t suitable. Once we finally arrived, we walked for a few hours through the streets of the district, amidst sentences of which we couldn’t understand the meaning but whose sense, between insult and derision, was clear.

On that occasion we saw Šuto Orizari only for a while, we only had the chance to look at the exterior of the houses, but in front of each and every housing proposal, at each and every glance, our excitement increased. We were looking at something we always keep on searching for: an umpteenth formal difference which, as such, conveys contents. Teatrino Clandestino asks then if some members of the company could be accepted into their community.

An experiment of experience

[1st Stay in Šuto Orizari, February March 2008]
Actors as ethnographers; in the field they adapt, they feed and behave like the community’s inhabitants, they talk to them trying to understand their specificities, their vision of the world. The actors-ethnographers of post-ideological contemporary, taking the questions and hypotheses of Kaufmann’s book Illuminated Anarchy as a starting point, put on the table of the dialogue with Šuto Orizari’s community the fundamental themes of political philosophy: freedom and equality – aspiration for a better and happier life – the possibility to pursue a personal and independent project of life – the right to move through the territory across the borders – natural capabilities – the state of nature – the relation with constraint and even the legitimacy of the State.

[2nd Stay in Šuto Orizari, September October 2008]
The actors-ethnographers go back to the investigation field of Šuto Orizari. This time for a more circumscribed exchange. It is a workshop of political philosophy with artists and intellectuals, shared with Theatre Roma.

The two groups confront each other, and together they identify the experimental object, some works of art inspired by Rom world, which can be taken as a starting point for the dialogue. The purpose is to understand if these works have represented or distorted this reality and why. The actors-ethnographers propose a second theme of discussion, this time a more provocative one: a list of prejudices and stereotypes on Rom world and people, and they ask the subjects of such prejudices and stereotypes to disprove or confirm them through a kind of apology.

On 2008 October 30 the actors-ethnographers, ready to come back, make a note in their diary: “We seem to have accomplished the result of some possible and powerful Western Studies, by reflex”.

Ederlezsi, the end of winter

[3rd Stay in Šuto Orizari, May 2009]
An increased number of actors-ethnographers go back to the investigation field, bringing with them the formal and conceptual structure they mean to use for the realization of the show “OpenOption”, conceived together with the Company’s whole staff. They will submit it to their collaborators and co-authors in Šuto Orizari for a final confrontation.

As for the concept of “experimenting the experience” and of “western studies by reflex” we refer to Leonardo Piasere’s “L’etnografo imperfetto” published by Laterza, Roma-Bari 2002 edition. 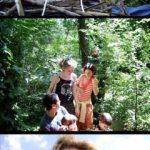 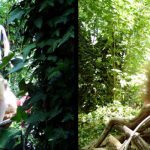