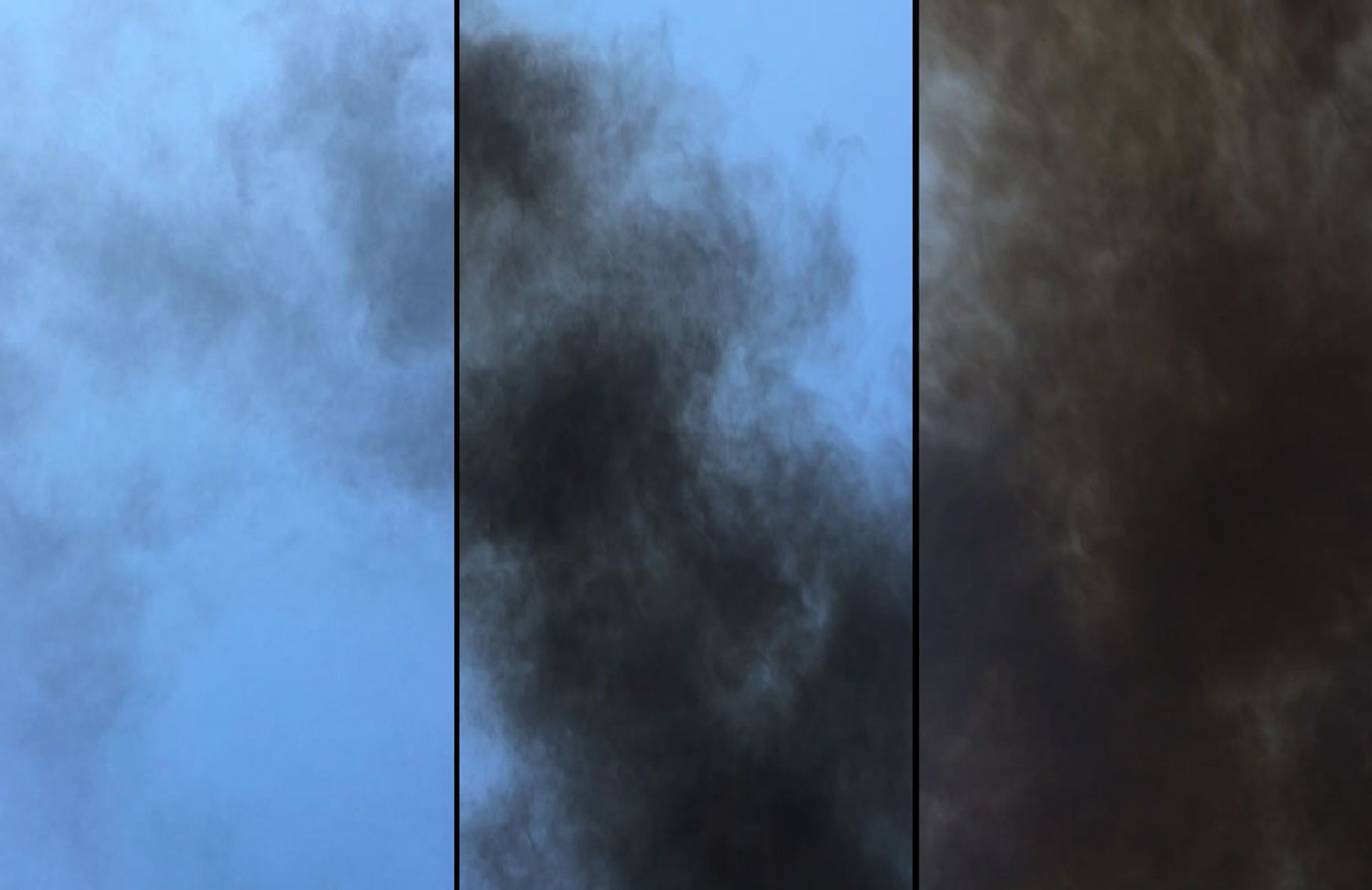 De Facto is a poetic multimedia performance that processes materials related to the Ustica Massacre in a composition that goes beyond the historical episode to decipher the signals of our present.

Within the performance the legal language – adopted by Judge Rosario Priore in  his 1999 verdict stating that Ustica was “a real act of war, a de facto and undeclared state of war” – interweaves through the performers’ work with an electronic music live set and a visual apparatus that takes back to 1980, the dawning era of home computers, developing an event targeted at an audience interested in performing arts, in contemporary music production and in a deeper understanding of the last forty years’  Italian history.

In De Facto, legal language becomes particularly interesting because of its specific characteristic, which makes it different from other linguistic codes: in the legal area, language is not only an instrument to expound, reason and describe, but is also law’s constituent element.  A crime is such only if established by the law, which is a linguistic product. Within a law court, a fact coming from an extra-linguistic reality needs to be narrated, in order to become a legal matter. Otherwise it doesn’t exist.

In De facto, all the elements juxtapose in their clarity, creating an unstable force field, a bubble which is about to burst; the audience is shrouded into music’s wave, its glance treads along high posts soaring to the sky. At the same time video images recall those ludic interfaces which in early 1980s have characterized the massive diffusion of computer technology. The old-time synths produce music of fragmentation, deviation and collision; the iconic sounds are pulverized into musical gestures which are isolated and disconnected. Priore’s words are deprived of their specific matter and contingent elements: to us, they immediately seem to address the entire community, becoming style, planting their roots in a shared moral quality. The violence of the fact, the suffering, the perseverance of the ones who fight for truth, the human experience, the functional inquiries become a knowledge achievement, a human deed and a literary text. Meanwhile, aside, half-hidden in an entanglement of signs, other people act and pronounce, the grotesque reality develops and the entire scene is trodden by spirals of coloured smokes. The music carries on and the singing resumes. 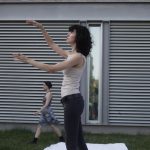 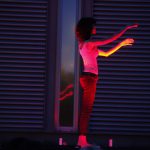 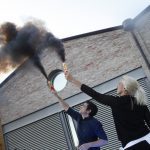 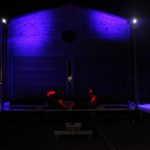 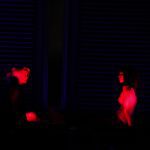 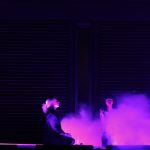 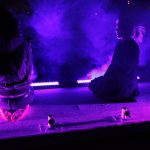 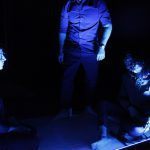 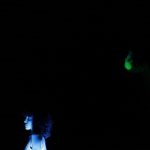 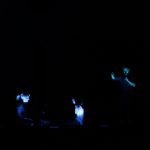 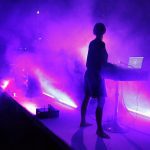 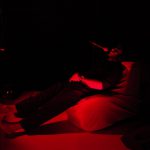 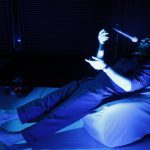 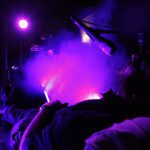 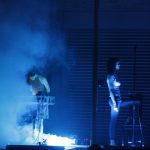 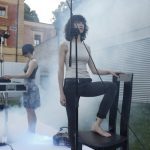 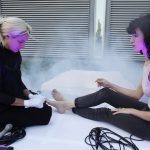 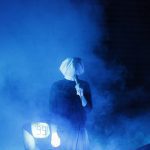 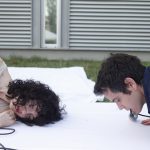 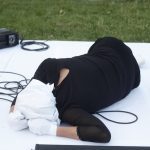 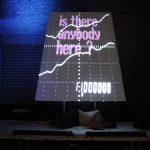 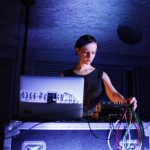 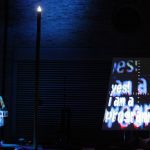 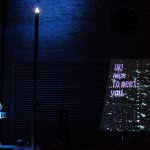 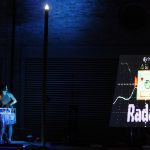